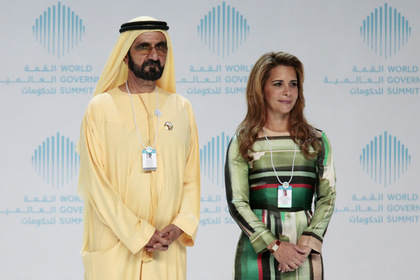 Escaped wife of Dubai ruler is suspected of affair with bodyguard

The Emirate Princess Haya, who escaped with children and money from her husband, the ruler of Dubai, Sheikh Mohammed bin Rashid, was suspected of treason. It was reported by The Times.

According to the sources, the 69-year-old sheikh accused the 45-year-old wife of “inappropriate relations” with a bodyguard. This bodyguard is a former British army officer. The woman presented him gifts generously, which became the reason for suspicion.

It is also reported that Mohammed bin Rashid found one of his six wives with a bodyguard in one of his houses during the unexpected visit to London in May. He found that the couple was talking too close. According to the sources, he was “shocked” by his wife’s behavior and demanded she returns with him to Dubai immediately. The princess refused so now the couple is getting divorced. Granted this divorce is not like the typical divorce cases we see in everyday life but it is still upsetting for someone to go through.

Mohammed bin Rashid published his own poem on Instagram in late June. In this poem, which he addressed his wife, he calls her a traitor.

Princess Haya escaped from her husband with children and 40 million dollars. It was reported that she disappeared in the beginning of February. It was supposed that the woman had hidden in Germany with her 11-year-old daughter and 7-year-old son. However, she may had sought asylum there.

It was supposed that she was afraid for her safety after she had learned from the bodyguard about the Latifah’s fate, the daughter of Mohammed bin Rashid. The girl tried to escape from the country in March 2018, but she was caught. Media reported that she could have been tortured and locked up, but this information has not been confirmed.